How Every Company Can Save Money on Mailing Equipment

In the May – June issue of Mailing Systems Technology, I wrote an article titled the “Top 10 Items to Consider when Selecting a Mailing System”.  This focused on what type of system is right for your mailing needs.  The goal of today’s article is to give you ways to reduce the cost on whatever mailing system you should decide.  All that we do is manage the mailing equipment spends for companies with large fleets of machines (Anywhere from 10-2,000 meters) and we are going to share our best savings strategies that you can implement on your own. END_OF_DOCUMENT_TOKEN_TO_BE_REPLACED

The Best (and Easiest) Way to Reduce Postage Costs

If you are looking for the easiest way to save money on postage, look no further.  Presort Services will pick up your mail daily, weekly or as needed, and commingle it with other clients on their sorting systems to get you lower postage rates.  They will make sure your mail meets all postal regulations and there is no work involved except scheduling the pickups.  These services will save you 6-39% based on your volumes, densities, weights, and types of mail submitted.

In this article we will go through the details of how these services work and what items you need to consider, making sure it is the right fit for your company.  As I always need to state, I have no affiliation with any presort service, but prior to starting Postal Advocate, did run the largest national presort program that had over 4,000 users. END_OF_DOCUMENT_TOKEN_TO_BE_REPLACED

A Tribute the One of the Industry Greats

Two weeks ago we had a great loss in the mailing industry.  Ed Diba passed away at the young age of 49 leaving behind his wife and two sons.  Ed was the most successful Pitney Bowes sales person in the mailing division’s history and was a leader in the sales community.  He created this success by putting his clients first and creating solutions not thought of by others.

I got to know Ed during the 17 years I worked for Pitney Bowes at the annual president’s club conferences.  It was clear to see that he was the leader of the sales force.  Not only did he give the speech as the top rep of the year on multiple occasions, (The first time he won the award, he took a picture of the crowd to remember it which I thought was a nice touch), but he would get up and speak out at the annual management meeting about what our clients needed and how Pitney Bowes could best provide services.  Ed was constantly being invited to new product planning and launch meetings to give feedback and would push the company to be in new spaces his clients needed.

The main reason Ed was one of the industry greats was because of the way he interacted throughout the sales community.  He would take new reps under his wing to help them grow and would share best practices with others.  I can speak for myself when saying he was looked at as the leader of the sales force and we all tried to emulate his actions and successes.

It is a huge loss for Pitney Bowes, his clients and other members of the mail community who were lucky enough to get a chance to know Ed Diba and also to me for losing a friend.  He will be greatly missed.

in colleague, Pitney Bowes /by pa-admin/#permalink 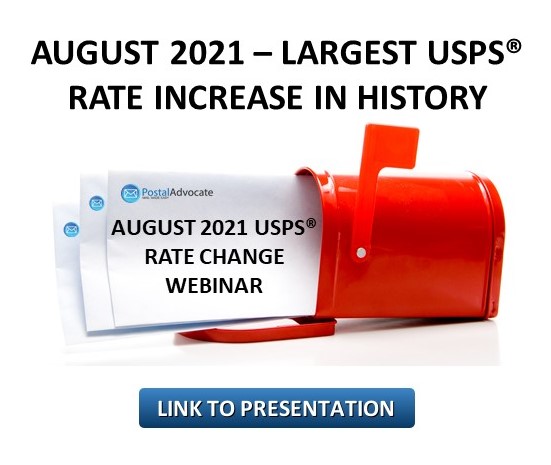 This is the last proof I need that you are a miracle worker.

Excellent service and detailed tracking/reporting of savings with back up data to support.

“This is the most succinct summary of the issue and it immediately cleared up my confusion.”

This is exactly what I needed.

You are a freaking STAR. This is exactly what I needed.

… they help you maintain control

Postal Advocate helps bring clarity and ease to this category overall. There are many technical components which the vendor can try to use to confuse you as a customer, and they help you maintain control of the discussion and engage in due diligence that you could not conduct without specialized knowledge.

Your assistance during this process was very helpful, I appreciate it. The information is very thorough, and basically covers any questions I may have had.

They earned our business…

It is nice to have a vendor solve our problems and be on our side. Postal Advocate put their reputation on the line. They earned our business and continue to do so. Highly recommend.

You have no idea…

You have no idea the burden and frustration you have taken off of me and my locations.

…Exactly what I needed.

That’s exactly what I needed.

…by providing a smarter way to manage for your clients

… cost savings for your company.

Not only is Doris Tam GREAT to work with, her knowledge of Pitney Bowes products will result in cost savings for your company.

You are a great company that provides great white glove service.

…Help throughout the whole process.

“I wanted to thank Doris Tam for her help throughout the whole process. She helped out tremendously when we ran into an issue with our postage not being transferred to our new equipment. It’s always nice working with a vendor who is friendly and willing to help out with any questions.”

…..all of the hand holding and leg work that has been done for our account.  Your customer service skills and business methodologies are superior to most.

Best in Class and Leaders Within Their Industry

The Postal Advocate Team has proven that they are leaders within their industry. They are professionals that exemplify outstanding customer service and teamwork. Based on our company’s experience, the Postal Advocate Team is considered ‘Best in Class’ towards guiding any company on the road towards operating a successful postal management organization.

… pleasure working with them.

I highly recommend Postal Advocate as they have proven they are excellent advocates and truly care about their clients. They stay on top of each issue and get results. It is truly a pleasure working with them.

…Helping get funds back

Thanks again so much for helping get the funds back to us as well as reducing our monthly meter cost!

…Fortunate to have someone like you and your team

Your customers are fortunate to have someone like you and your team on their side.

Not only in hard dollars but also in time

…saved us a lot of money not only in hard dollars but also in time it takes to manage the spend in general.

Postal Advocate is there to help as much as possible

… the best prompt service without issues.

Postal Advocate provides the best prompt service without issues. I feel like I’m getting personal service. Always helpful and clarifies with specific instructions as needed.

They’ve saved us a lot thru audits and rightsizing

By hiring Postal Advocate, we are able..

By hiring Postal Advocate, we are able to ensure each location has the best pricing, the equipment they need (not upselling equipment) and paying what we should (no additional fees that are overlooked).

Enhanced our awareness, knowledge, and communications

We have enhanced our awareness, knowledge, and communications through all divisions of our company in all of areas of postal management because of the work being conducted by the PA Team.

I cannot speak highly enough of Adam, his team, and the proven track record of finding savings opportunities where most may not consider looking.

You made that very easy – thank you!

Managing the implementation of new equipment

Favorite part of Postal Advocate is right sizing equipment and managing the implementation of new equipment.

Postal Advocate does all the work

Mailing machines are not a high priority for business units to manage for saving money.  Postal Advocate does all the work otherwise the mailing equipment would not be managed for cost savings

Enter your email and stay on top of things